Who is the Scarlet Queen?

Occasionally I receive emails with questions about the identity of the Scarlet Queen. Who is she and what does she symbolise?

As previously mentioned, “Strawinsky and the mysterious house” is episode three of a six part series. Some of the background information of key characters is therefore still missing. 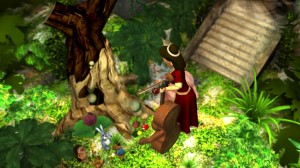 Here’s a quick summary: The world of Strawinsky is ruled by the Great Elohim. He can be seen as a reference to God. Then there is his son, the Prince. In the final episode he appears as a wandering preacher and then dies and resurrects to save the kingdom. Finally, there’s the Scarlet Queen, who can be seen as a symbol for the Holy Spirit. In other episodes she appears as a dove and guides Strawinsky in his adventures.

Some people might be offended that the Holy Spirit is portrayed as female. It’s important though to keep in mind that Strawinsky is a parable and not a theological book. There’s a parable in the Bible where a woman searches for a lost coin and then celebrates when she finds it (Luke 15: 8-10). In this parable God is portrayed as a woman. This does not attribute any gender to God, it’s simply a story that illustrates God’s love and shows his persistence in searching for the lost. 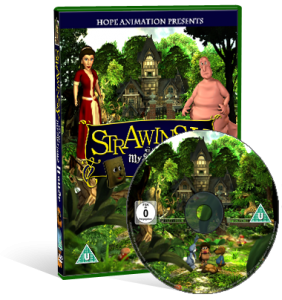 Curious to see the full movie? Get your copy here!

You might also be interested in:
> The Making of Strawinsky
> The Message of Strawinsky
> Miracles – my personal story of healing
> Running the race on spiritual fast-food

Share this with your friends!
Sign up to our free newsletter to get monthly updates about our latest projects!