Miracles – My personal story of healing

One of the biggest objections against the Bible is that it cannot be true or historically accurate because it includes supernatural events. However – if God does exist, why can’t he also intervene in our world and perform miracles?

Miracles in the Bible are not the norm. They are portrayed as something out of the ordinary. Similarly, if you become a Christian, miracles don’t suddenly start to appear all around you. Nevertheless, I thought it would be helpful to include one of my own experiences of miracles on this website. 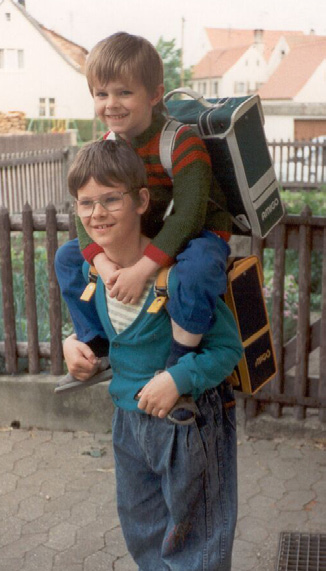 I’m generally not very tall which nowadays isn’t really a problem as there are many other guys around that are of my size. When I was 5 years old I was already quite a lot smaller than all my peers. For some reason my parents were talked into sending me to a children’s hospital by our local GP in order to do some tests that would indicate whether anything is wrong with me physically that keeps me from growing and developing at the same pace as other 5 year old children.

On holiday at hospital

I still can remember quite vividly embarking on a four day “holiday” with my mum to the children’s hospital. My mum was allowed to stay and sleep in the same room which was brilliant from my point of view as I had my mum all to myself and didn’t have to share her with my brother and sister.

The first few days went quite well. I took part in some tests that weren’t that bad and I had an amazing time with my mum reading me stories, playing games and going for walks. On one of the days a new, experimental treatment was scheduled to be tested on me that required my blood sugar level to be lowered to a certain level via Insulin to ensure consistent results. When the doctor started the treatment and I first saw the needle of his syringe I freaked out (as probably most 5 year old boys would do) so the doctor and nurses decided it would be best to first give me some anaesthetic so I would not pull out any wires from the machine that I would be connected to. I therefore was held down by several nurses whilst I was fighting the doctor who was putting me to sleep.

An overdose of Insulin

I can’t remember much of what happened for the next day and a half but my mum has told me the story and I have read her journal entry that she jotted down as things were still fresh in her mind. After I went to sleep, the doctor connected me with a machine that would indicate the right level of blood sugar in my blood that was required for the test. I was given Insulin to lower the blood sugar and the doctor and nurses waited for the machine as my blood sugar levels started to adjust.

Unfortunately however, the doctor and medical staff did not realise that the machine they were using was faulty. Furthermore, the doctor administering the Insulin was a recent graduate from medical school and therefore did not question the machine as it kept prompting for higher doses of Insulin to further lower the blood sugar.

You can imagine the panic it caused when the hospital staff realised that the machine was broken. As I was already asleep due to the anaesthetic from the beginning of the test the doctor did not realised the shock and coma my body entered when he administered the additional doses of Insulin. The medical staff tried to reverse as much as they could, but realised that the lack of sugar in my blood caused by the tremendous amount of Insulin had probably already caused too much damage to repair. Everybody was very apologetic and my parents were told that I might die or at best end up severely mentally disabled.

An answer to prayer

As my parents are Christians and strongly believe in the Bible and the resurrection of Jesus Christ, they sought help in prayer and asked their Christian friends to pray for me whilst I was lying in the coma. To the surprise of the doctors I woke from my coma several hours later and was healthy – no brain injury or mental disability even though this was predicted by the medical staff as the best possible outcome.

Share this with your friends!
Sign up to our free newsletter to get monthly updates about our latest projects!